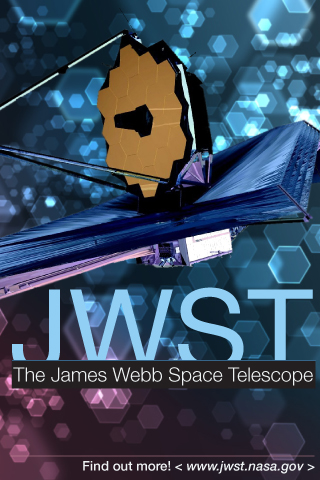 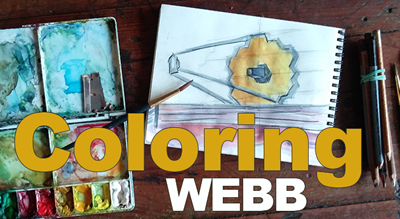 Coloring Webb
Grab your crayons, colored pencils, or paints and download these Webb coloring templates to create your own colorful version of the James Webb Space Telescope! 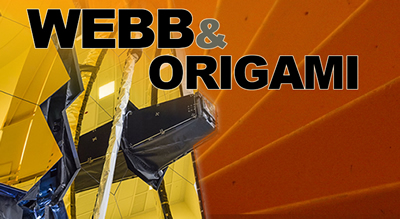 Webb and Origami
Fold this origami pattern to make your own artistic version of the James Webb Space Telescope primary mirror! 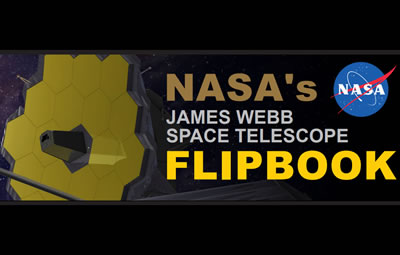 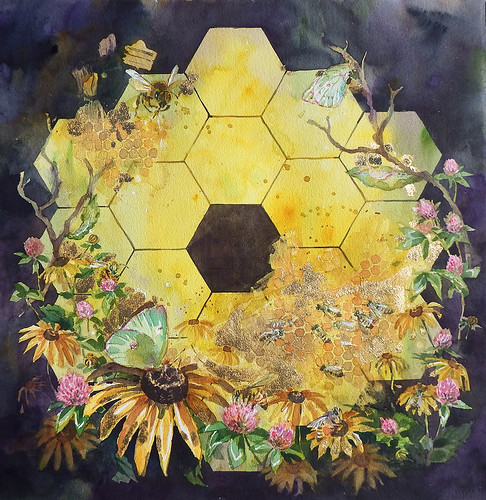 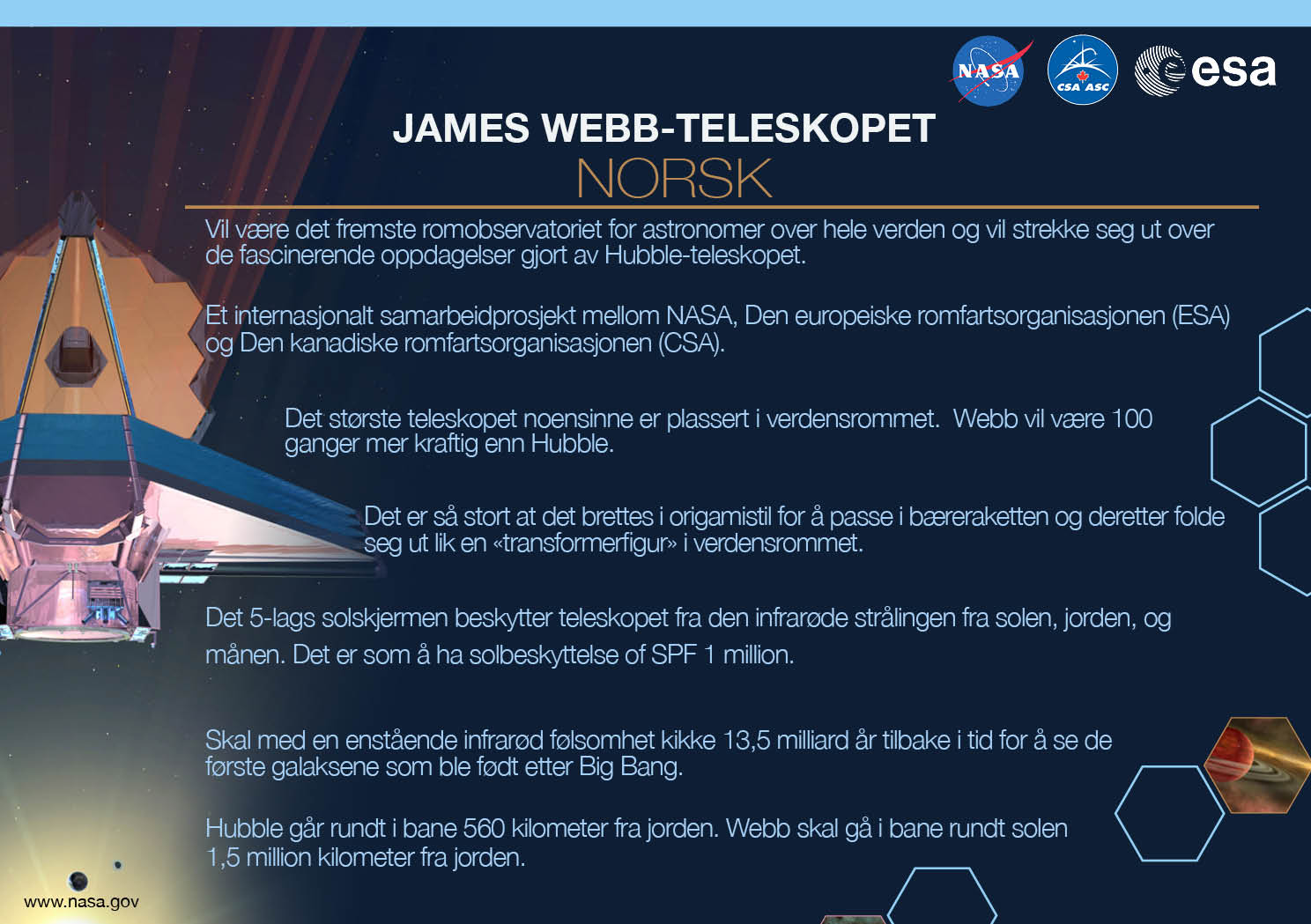 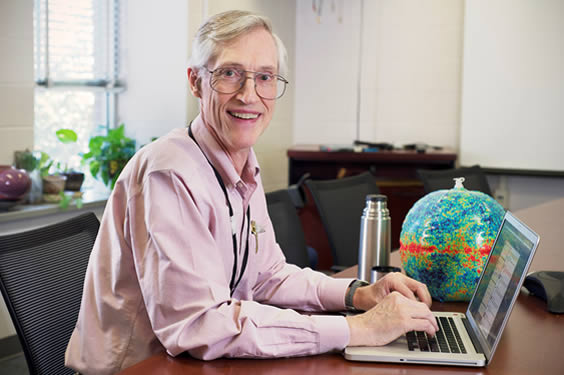 John Mather 360° Lab View
Check out this 360° view of John Mather in NASA's clean rooms and labs used for Webb. This is a great way to explore the development environment of Webb with our Nobel Laureate Senior Project Scientist. There are a number of associated other 360 views and embedded video views accessible within the 360° space so be sure to pan around and click through on the easter eggs! Credit: Lindau-Noble.org 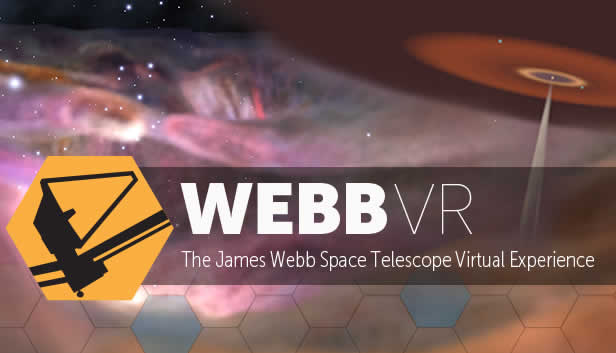 Webb Virtual Reality
Join the James Webb Space Telescope in orbit beyond the Moon and explore the universe from its perspective. Planetary systems are born, galaxies form, and stars emerge from within colorful nebulas—all before your eyes. Free on Steam. Notice: NOTE: Requires one of the following virtual reality headsets: HTC Vive or Oculus Rift. 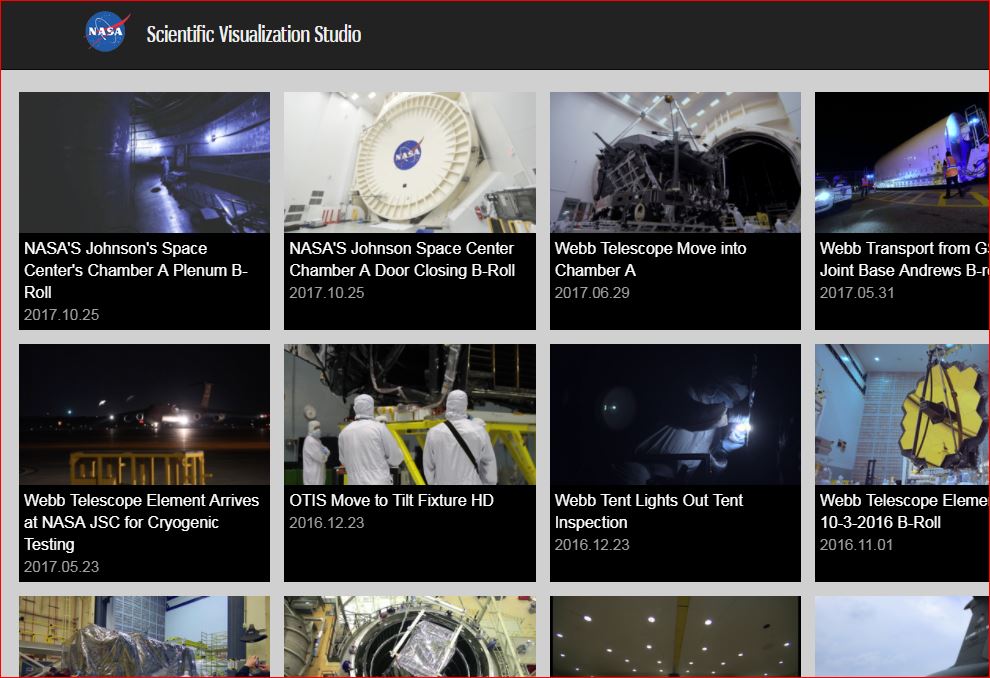 Webb @ Scientific Visualization Studio (SVS)
A rich archive of videos of the building of Webb and scientific visualizations for the Webb mission. 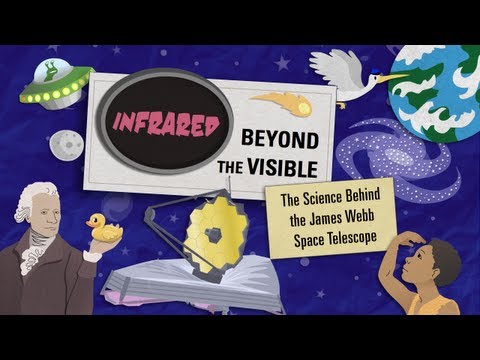 Infrared: Beyond the Visible
Get a sense of the sights Webb will capture, with its Hubble-sharp vision and ability to reach into the farthest depths of space and time. 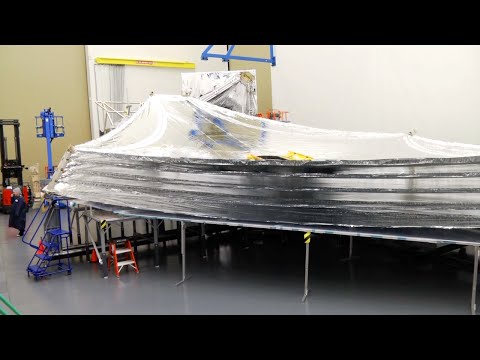 "Behind the Webb" Video Podcast Series
Join our host, Mary Estacion, of the Space Telescope Science Institute, as she takes you behind the scenes to watch the construction and testing, and hear from the people who make it work. 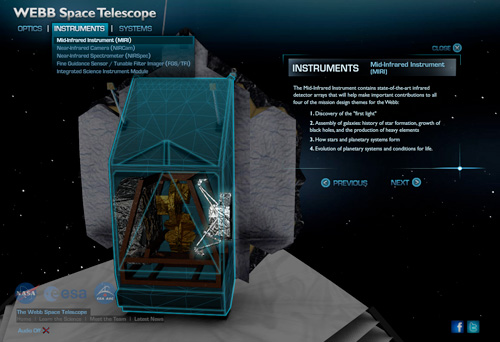 Webb 3D Model Interactive
Interactive 3D model of the James Webb Space Telescope which allows you to explore all the different subsystems and get more information on each! 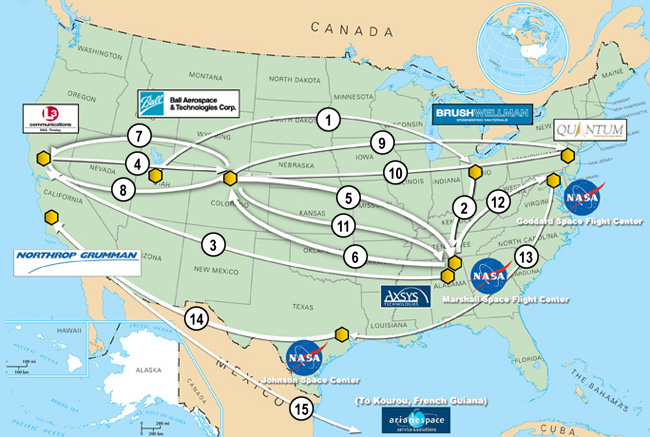 Journey of the Mirrors Interactive Map
The James Webb Space Telescope's 18 special lightweight beryllium mirrors have to make 14 stops to 11 different places around the U.S. to complete their manufacturing. This graphic shows the different places they have to travel, and what is accomplished at each location. 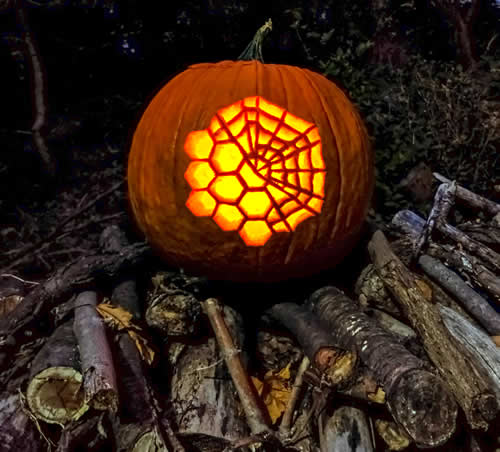 Carve Your Own Webb-Themed Pumpkin
Want to carve your own James Webb Space Telescope-themed pumpkin? Here are three different patterns you can use. Simply print one (or all of them!) out, and follow the directions, which can be found on each pattern page.
On This Page: Latest Features | Educational Features

Roll your mouse over the image to see a description of each feature or click
.
Click the image to go to the feature page. 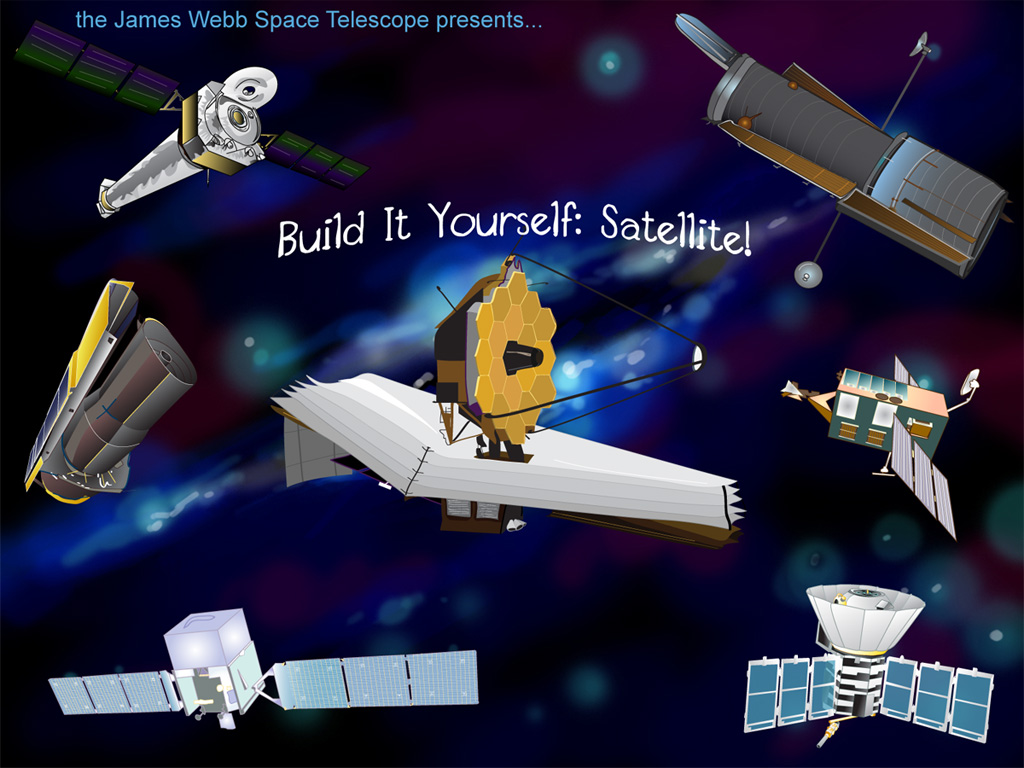 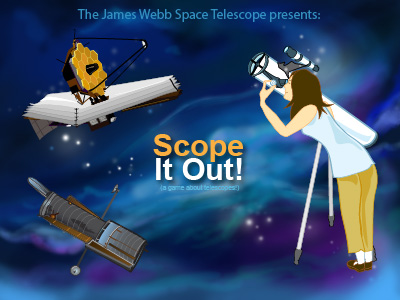 Scope It Out! A telescope game
Scope It Out! includes an introduction to telescopes and two matching games. This game is best suited for teens and interested adults. 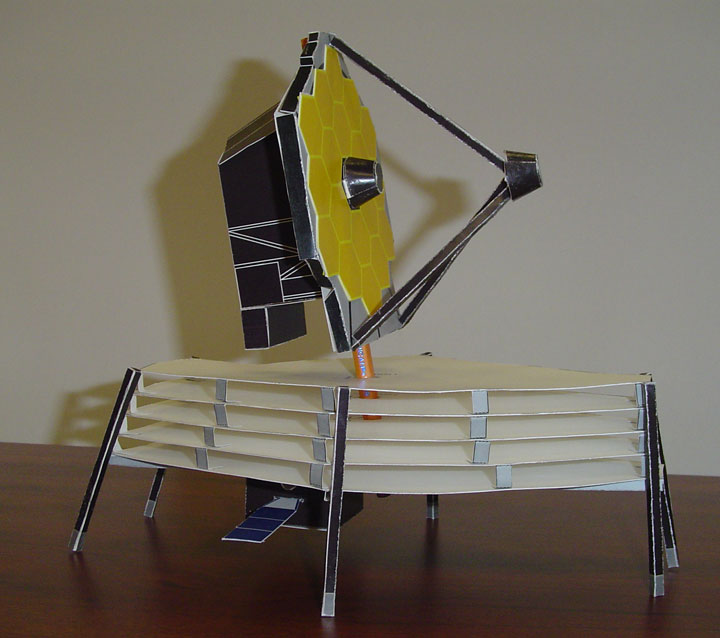 Make your own model of Webb!
Build a paper model of the Webb Telescope or design your own and show us your work! 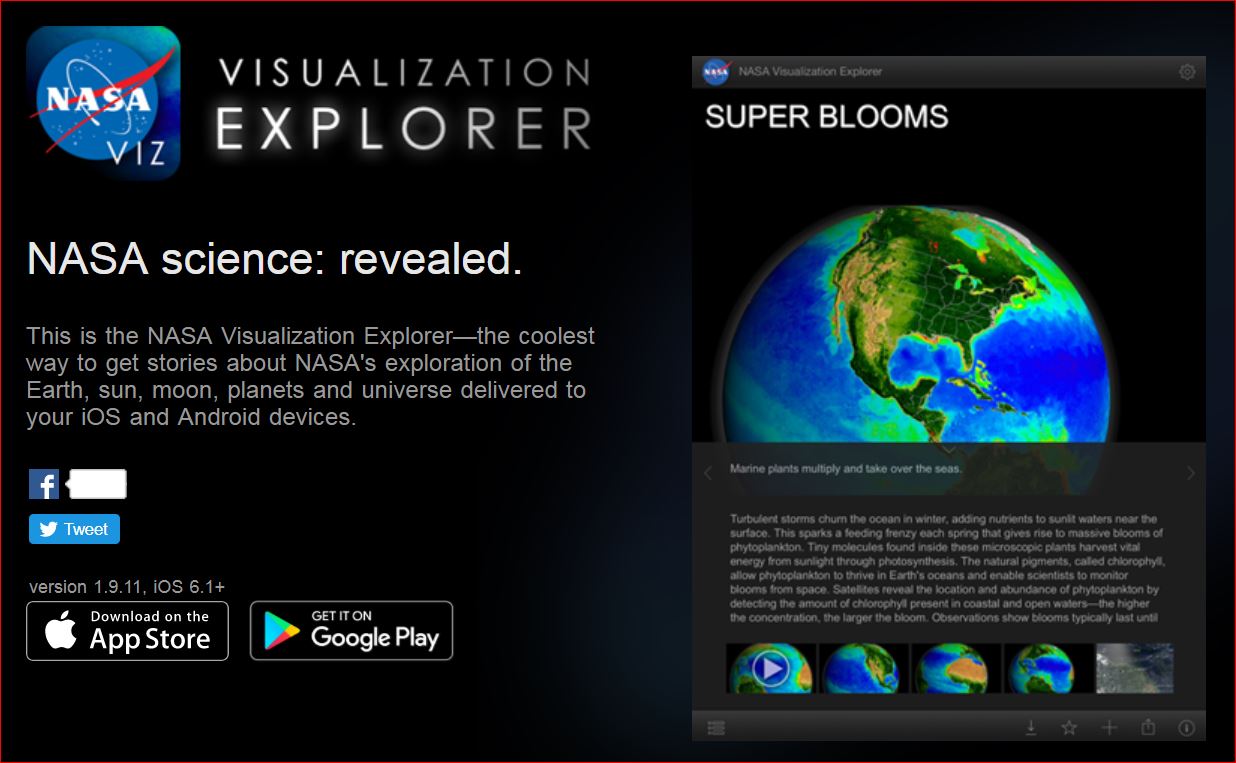 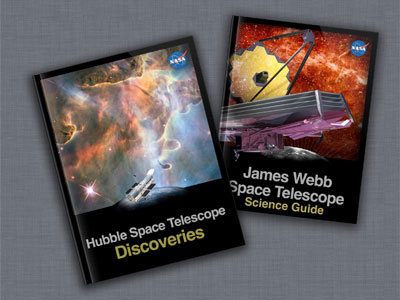 Webb & Hubble ebooks
NASA's Hubble Space Telescope has been providing amazing images of the universe since April 1990 and has led to remarkable discoveries. NASA's James Webb Space Telescope is the next-generation telescope that will peer even deeper into space and unveil even more mysteries. Both of these extraordinary telescopes are now the topics of two free e-Books available from the Apple iBookstore. 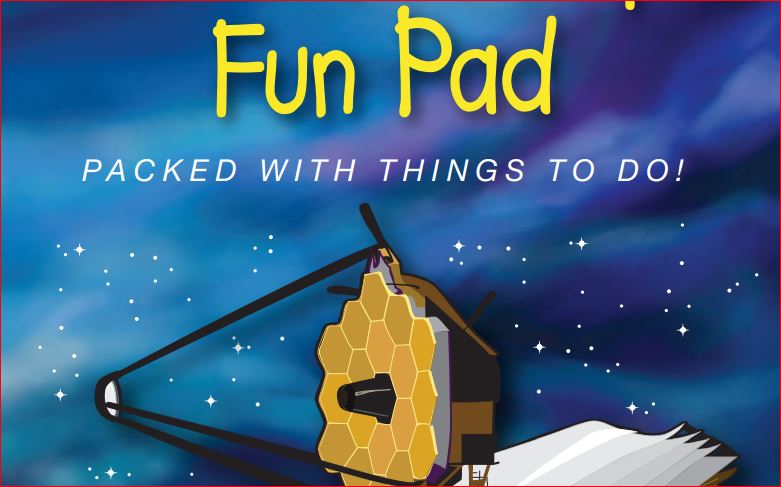 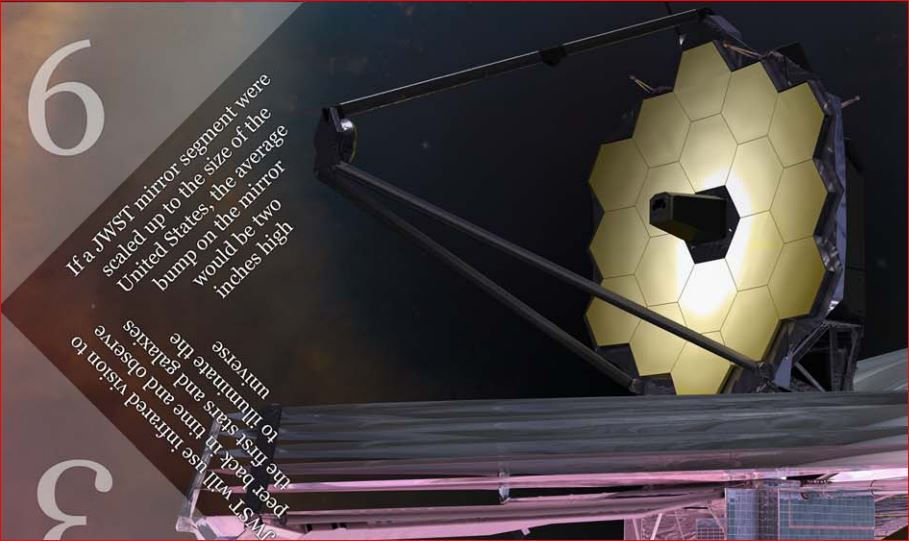 Folding Puzzler(.pdf)
A Webb Telescope folding puzzler containing a number of key facts about the mission. 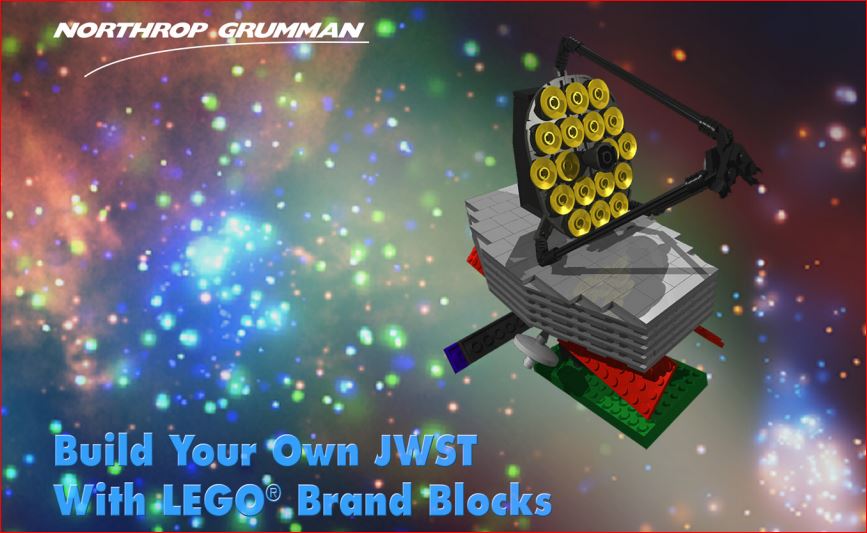 LEGO Webb instructions
Build you own Webb Telescope with Legos. 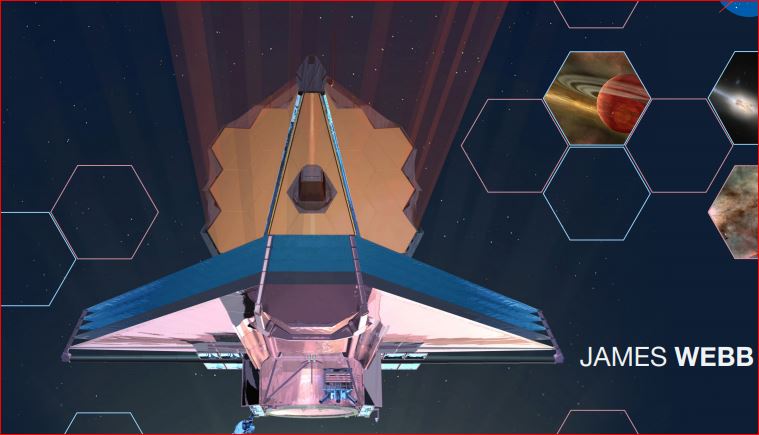